We have ridden through what seems like endless agricultural land.  I’ve been joking that often on the left we might have corn and wheat on the right. Or vise versa but I’ll comment and say Wheaties on the right and corn flakes left. Well today it was pain on the right and agony on the left. Our 86 miles felt like a hard 100. We took the winds of the rolling plaines of Mossouri right on the nose. Reverse headwinds we call them, headwinds is a dirty word. Ouch it’s an Advil night

Today we were greated by the locals at a very small town of 1200 called Mayville. Every year they gather to great, cheer and meet the Crossroads riders. They make quite the big deal about it. In fact apparently they plan it all year long, it’s even discussed at town council meetings. They love the owner Tracey of Crossroads as she’s come thru for 22 years with her riders. One guy, Buck gets up at 4 am and bakes his scrumptious cinnamon rolls. We were treated like celebrities. The mayor was there, the newspaper and they open up the historical society museum for us to tour Etc. It was classic, everyone was so amazing and genuine. One cattle rancher I talked  to was a former Mo. state senetor. After being told by the mayor that Mayville has 1200 residents, another woman corrected him. It seems it’s now actually 1182. She says the town is getting smaller with folks kicking the bucket !   See photos 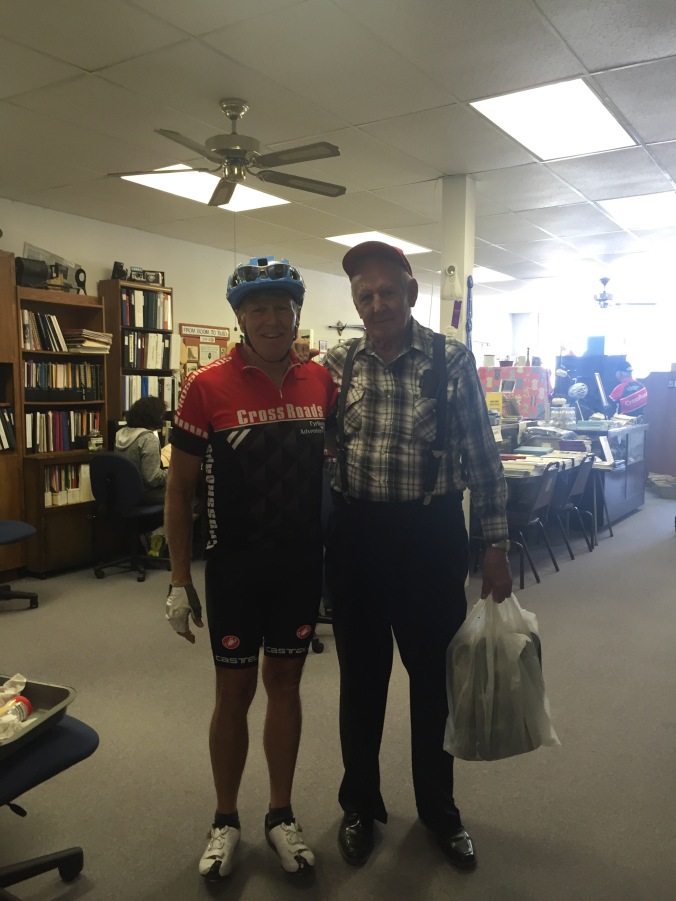 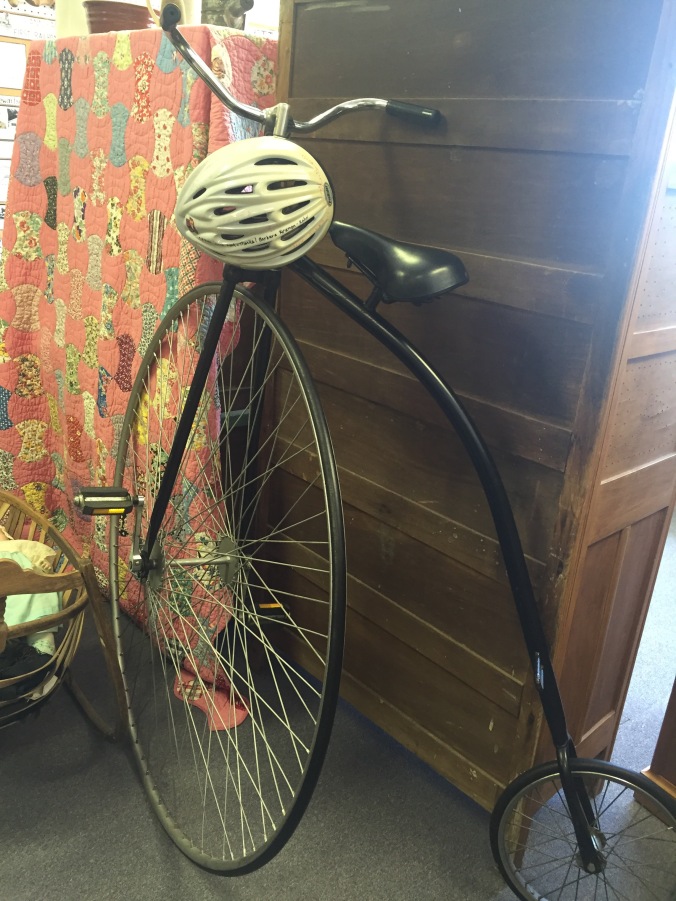 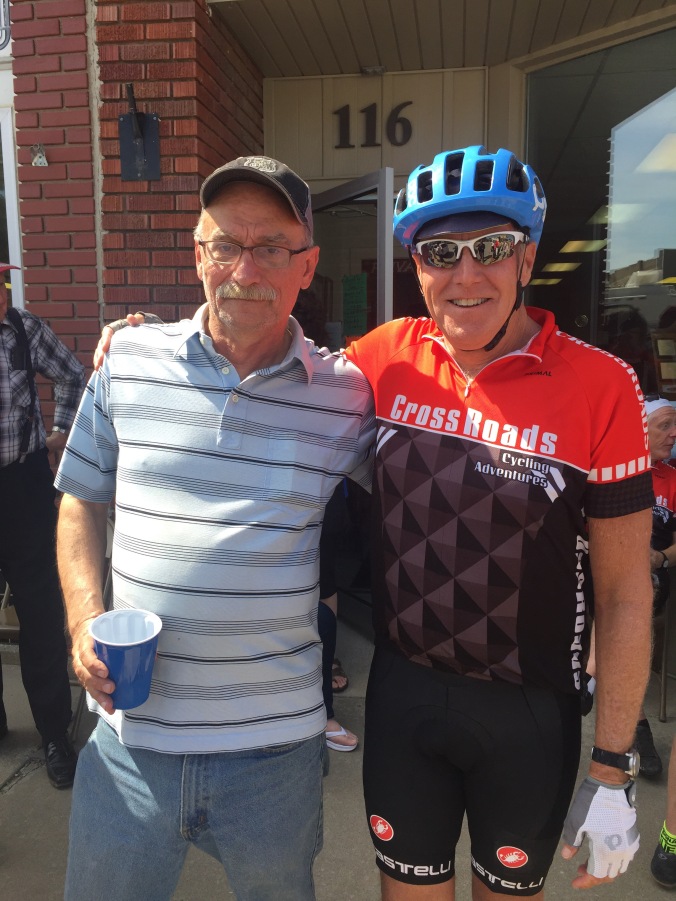 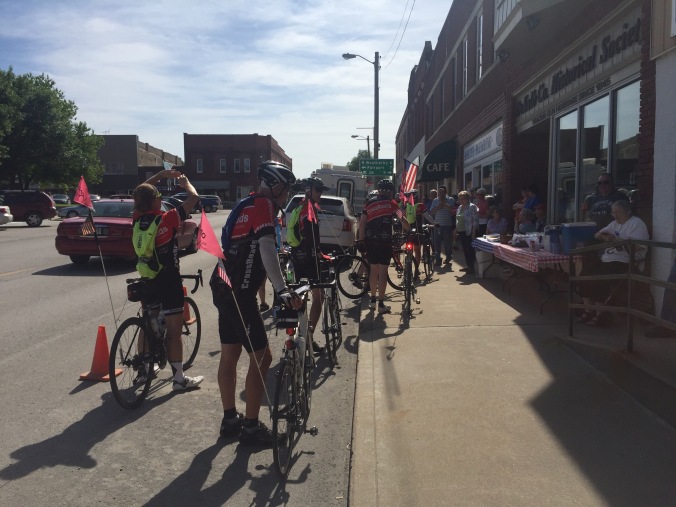 So it finally happened today I had to shift down to my small chain ring ! I’ve been in the big ring for 8 straight days ! The headwinds and hills painted me into a corner and I conceded. So much for the flat lands of the Midwest. We are now starting the climb some hills

How are our meals, you ask ? Tonight was another back to back Applebee’s. Shoot me if we eat at one more please. Oh and hotel breakfasts, for 3 more weeks !!! Help

My favorite game of what’s that, is trying to guess what each enormous piece of farm equipment does. The size and shapes of them and the huge variety ! When we pass big yards selling all these mystery rigs I can only identity a plow !! After that I’m at a total loss. And they constantly are driving on the roads in the behemoth things. All the good old boys wave when they go by and I want to stop  them and ask what the heck does this thing do that they are driving and towing.  Threshers, thrashers, chopper uppers, seed throwers, disc grinders, huskers  ? I don’t know. I have to start taking photos.

One of the guys was asking the lads from overseas last night if they have microwaves? The reply, ” yes but they’ve only recently converted from coal microwaves to electric ” !

I think I’ll be brave tomorrow mornings finally try the biscuits and gravy.

One thought on “Fields of pain..”