Today was truly magnificent in every way imaginable. Our 77 mile ride started out cold in the 30’s and then got brisk, then crisp, and turned into a pleasant 70 ish. The roads  were the most enjoyable and quite and today was a true gem. Speaking of gems the early morning light bounce off the Mica in the roadside rocks and glistened like diamonds. Quite the sparkling light show just a few feet along the road side. I’ve never seen this before and it was the beginning to a magnificent day. What an honor riding a bike thru this historic Indian land.

Well except for the first dog chase. Yep old Fido came a charging as I was  in the lead of our 5 man peleton I knew he wasn’t going for flesh so I let him gain ground and start to close in. Just within perfect range, I timed a water bottle squirt right in his growling barking puss. With a look of surprise and shock he backed down and it was hasta la vista Fido.

The next highlight was a stop at a small market with a very modest compound of old Adobe buildings. We met and talked to the owner who’s family had built and run the business since the 40’s. It turns out that Earnest Hemingway holed up there back in the 50’s while he finished writing The Old Man and the Sea.(  See photo )how amazing that we just happened to stop at this run down place only to find out its history

The whole day just kept getting better. But what’s the beast you ask. It was another stint of 36 miles of riding the Interstate  (see photo.)  Maybe we are getting used to 45 ton semi trailer trucks screaming by at 65-75 mile an hour. But it was the best freeway portion so far. We are told tomorrow is now our LAST interstate riding and it’s short,  like 5 miles. As a cyclist cruising along between 21-24 mph with a heart rate of 110 BPM is like a party ! So today’s interstate session wasn’t bad. The shoulder was actually very nice riding. 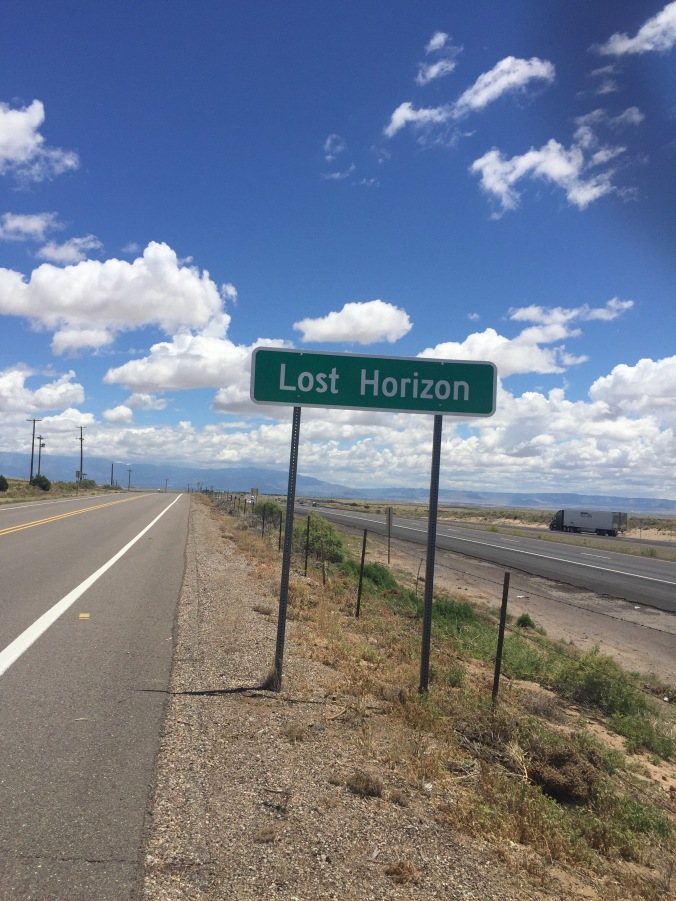 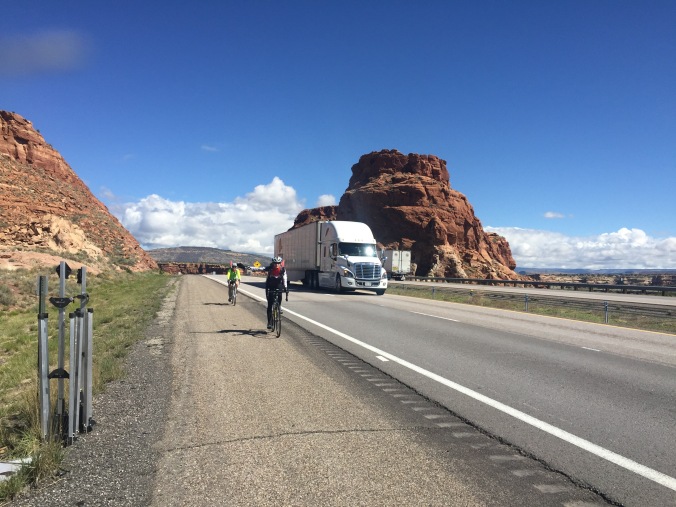 The scenery and riding today was truly magnificent. Other highlights, we crossed the Rio Grande which was a muddy chocolate mess. Another highlight, NO flat tires in our group, a first for sure. I can’t tell you how many flats between the whole group of 21 riders but it’s crazy many of us are already on our second set of new tires as well.

The quote of the day comes from Lou from Charlotte. After we leave the plaza in Albuquerque where we stopped for coffee. A woman comes up and asked the daily question, ” excuse me where are you going and where did you start?” Lou later comments ” I can’t believe how much of a spectacle we are every where we go “. Classic it’s really is like we are a rolling circus.

I’m having some posting delays so 2 posts so far have been a day behind sorry. Good night from Albuquerque where crime and drug addictions apparently are the rage. I’m learning so many interesting travel facts ! Cheers.

2 thoughts on “Beauty & The Beast”